A specialized court that hears only federal tax cases.  The cases are heard by a single judge initially, who submits their opinion to the Tax Court Chief Judge, who can either allow the decision to stand or refer it to the full Tax Court for review.  Must follow precedent of the Circuit Court of the taxpayer's residence.  (Historical Note:  Its predecessor court was called the Board of Tax Appeals.)

A court of original jurisdiction for a wide variety of areas including tax disputes, government contracts, civilian and military pay claims, and other various statutory claims against the United States.  (Historical Note:  This court was formerly called the United States Court of Claims.) 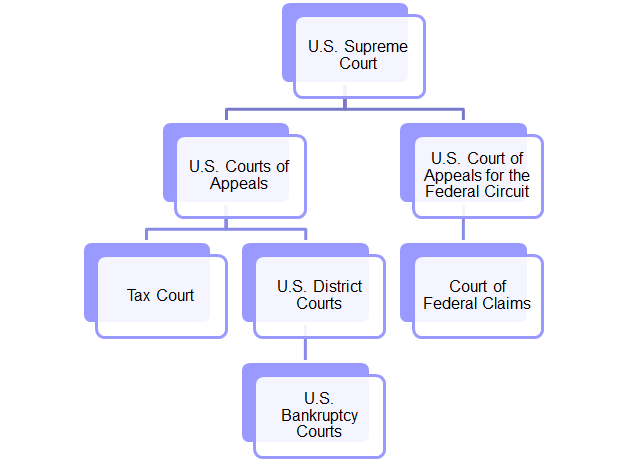