The Franklin County Law Library has the current CFR in print. However, Remember that the IRC is amended frequently, often a dozen times in one year. When a code section changes, the existing regulations that relate to it may become inconsistent with the section's language. When you are working with a regulation, always make sure that it is consistent with the current IRC section before relying on it. 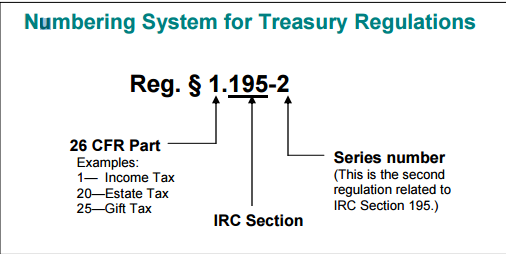 There are three types of tax regulations—legislative, interpretive and procedural. Details on each type of regulation are discussed below.
Legislative Regulations
The Internal Revenue Code authorizes the IRS to provide operational rules for specific IRC provisions. Generally, legislative regulations carry the same weight of authority as the law itself. The regulation will typically refer to its statutory authority. These regulations must follow the APA's notice and comment requirements. 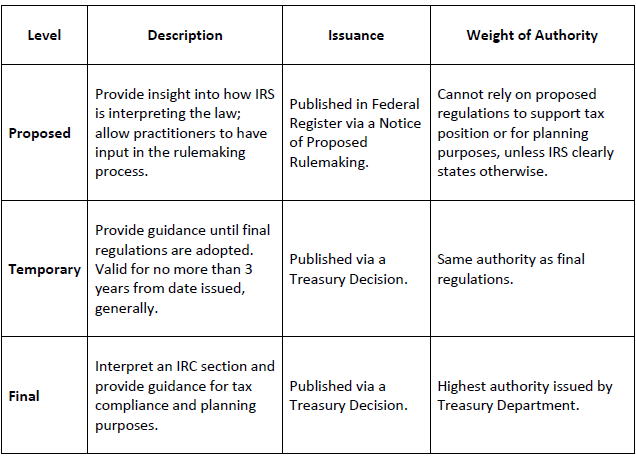