This page provides information for U.S. citizens wishing to bring a foreign national fiancé(e) living abroad to the United States to marry.

This page provides information for U.S. citizens wishing to bring a foreign national fiancé(e) living abroad to the United States to marry.

If you petition for a fiancé(e) visa, you must show that:

After the Fiancé(e) Visa is Issued

Once issued, the fiancé(e) visa (or K-1 nonimmigrant visa) allows your fiancé(e) to enter the United States for 90 days so that your marriage ceremony can take place. Once you marry, your spouse may apply for permanent residence and remain in the United States while USCIS processes the application. For additional information, see the “Green Card” section.

Treatment of I-129F petitions where the Department of State (DOS) refuses to issue the K-1 visa and returns the expired petition to USCIS.

Once USCIS receives a consular returned I-129F for K-1 classification from DOS and the petition has expired in accordance with 8 CFR214.2(k)(5), USCIS will allow the petition to remain expired and will not reaffirm or reopen the petition. Please note that this will not preclude the petitioner from filing another petition.

If your fiancé(e) has a child (under 21 and unmarried), a K-2 nonimmigrant visa may be available to him or her. Be sure to include the names of your fiancé(e)’s children on your Form I-129F petition.

After admission, your fiancé(e) may immediately apply for permission to work by filing a Form I-765, Application for Employment Authorization with the USCIS Service Center having jurisdiction over your place of residence. Any work authorization based on a nonimmigrant fiancé (e) visa would be valid for only 90 days after entry. However, your fiancé (e) would also be eligible to apply for an extended work authorization at the same time as he or she files for permanent residence. In this case, your fiancé(e) would file Form I-765 together with Form I-485 as soon as you marry.

What happens if we do not marry within 90 days?

Fiancé(e) status automatically expires after 90 days. It cannot be extended. Your fiancé(e) should leave the United States at the end of the 90 days if you do not marry. If your fiancé(e) does not depart, he or she will be in violation of U.S. immigration law. This may result in removal (deportation) and/or could affect future eligibility for U.S. immigration benefits. 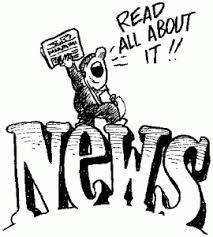