Session laws, Acts and Laws of Ohio are three ways of referring to bills that has been passed by the General Assembly. Each session law may enact, repeal or amend numerous Ohio Revised Code Sections – for example see 2006 SB 185. Either the General Assembly or the Legislative Service Commission will assign Ohio Revised Code Section numbers to new legislation.

Laws of Ohio
Franklin County Law Library has most of these from vol. 1- (1803 -2006). Uncodified laws and laws vetoed by the governor are included. Please ask librarian for help in using these materials. The Laws of Ohio are not no longer published in print. 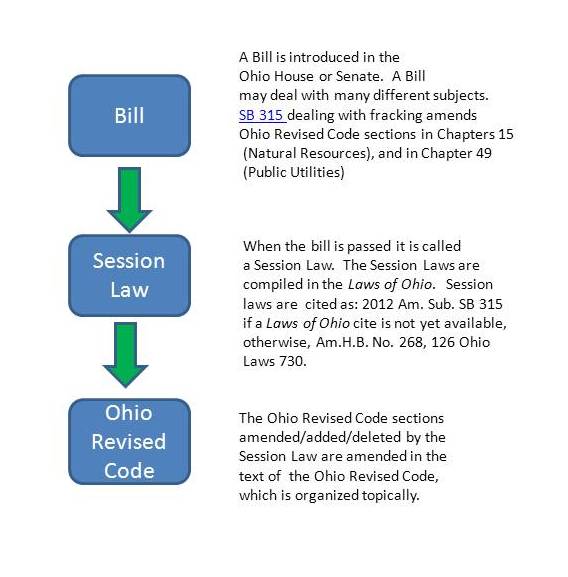